The experience of death

For centuries, the so-called traditional definition of death has been in force. According to it, death occurs when all respiratory and circulatory activity ceases, with the last breath or more often the last heartbeat heard (Latin. cor ultimum moriens) being considered the exact moment of death. As a result of the development of resuscitation and anaesthesiological techniques, it has become possible to maintain lung ventilation and circulation by artificial methods.

Young children understand death as a condition similar to sleep and therefore not a final one. By the age of five, a certain understanding of death is already appearing. Adults also retain elements of a child’s way of thinking that are related to the culture of a country. They often compare death to sleep, they try to explain it by reincarnation, and believers accept faith in eternal life. Patients also have some knowledge about dying. It is shaped by images of agony shown in the media or by their own experiences of the death of their relatives. Western medicine is able to predict most deaths even several months earlier. It refers to the patient’s preparation and the conditions that may occur when he or she learns of an upcoming death.

The first condition is the shock that is caused by the approaching death. Then denial, which has different forms. From assurances that the results are wrong to the feeling of being an observer of what is going to happen to someone else. The next phase that appears is called the anger phase. The dominant question here is ‘why me’. Most often, this anger is directed against the family, because the patient does not feel obliged to be polite to them. The next phase is bargaining. It is explained as reactions to a feeling of injustice in the face of near-death. We can haggle with God, fate, people. Depression is the penultimate stage in the dying process. It is marked by a full awareness of imminent death. The man is considering all aspects of leaving this world. It is necessary to accept a patient’s depression, share his sadness and be supportive in these last days and hours. This stage is essential for a dying person to be able to accept the end of his or her life.

The final phase is an acceptance. If a person who passes away has a sense of a fulfilled life, then acceptance is more positive. Dying people very often feel abandoned. This is often because they want to save their families and therefore suppress the emotions that should be revealed. This loneliness also results from the fact that, in a very difficult state, they are sent back to hospital, and the family cannot always spend as much time as they want, and it happens that the dying are left alone when they leave. Some people know about upcoming death and want to talk about it because they are convinced that it is normal and everyone has to die one day. They are characterized by calm, objectivity and sustainability. There are also those who know they are passing away, but prefer not to talk about it. Every feeling of loss is a unique experience. There are no two people who feel the passing of a loved one in the same way. We can observe similar feelings, emotions, but death and mourning remains an individual experience. The death of a loved one can make us feel that what is actually happening is not real. It seems that it is a dream, a nightmare that eventually will end. A person in the face of death reacts with a statement: “it is impossible”, “it must be a mistake”, “I cannot believe it”. Some cannot say anything, others cry. Some people are backing out and starting to function like robots, trying to keep an emotional distance. Very often we want to see death as an event that will be eliminated by science. We try to take such attitudes as if there were no such thing, but death should be taken as an integral part of our lives. Talking and thinking about death can be helpful in giving it a proper place in our existence. Every death is different. When we talk about unexpected death, such as an accident, heart attack, murder or suicide, we can see that it is causing a deep crisis for family and loved ones. It is destabilising because people are not prepared for this event and it is difficult for them to accept the reality. This loss puts the strength of the human spirit to the test, because everything changes in a few seconds. Murder is a cruel and sudden death. The reactions that follow this death are a sense of powerlessness and frustration, which is expressed in anger or fear. Research shows that a sudden death gives rise to stronger reactions than a chronic illness. Sudden death causes a loss of confidence in the world or in other people. Other feelings are present in families who have lost loved ones through suicidal death. There often comes the question “Why”. The thoughts that go with them are linked to feelings of guilt: “I could have done something”, “I could not have done it”. Family and friends do not stop blaming themselves, they look for guilt in themselves, in their words, in their behaviour, carefully analysing the past.

It is particularly painful to experience suffering after the death of a child. It is a wound that makes us feel tragic. We cannot catch our breath or make any moves. We realise that this is a strike that is beyond human understanding. We see that with their passing, a very important part of our being dies.
When a child is lost through miscarriage, mothers are often angry with their body. This is associated with a loss of hope, because there were plans and expectations connected with the child. Parents imagined how the child could walk, smile, say their first words and deal with school. After the death of such a child, there is a void. There are also not many memorabilia left for parents to remind them that someone was important in their life. They also very often receive only little support from society and their loved ones, because there is a lack of understanding of how one can despair after the death of a child who has not been born. Similar experiences happen with unwanted pregnancies when a woman decides to have an abortion, but they are only delayed in time. Anger and guilt appear. Anger can be directed towards the person who made the woman terminate the pregnancy, and a guilty conscience that constantly reminds us of what happened. There are also accidents when a baby dies after birth. Parents are shocked. The feelings are similar to those people who have experienced a sudden death. This is followed by a lack of preparation, nerves and accusation of the medical personnel. It is important that at such a time there is a person who will take care of the family in mourning for the child. It is also important to speak about the child using his or her name to emphasise that he or she was someone who really existed. If this is possible, and the child is still alive and is in the intensive care unit, then it should be possible for the parents to hug it, so that the parents can say goodbye to their child before it dies.

Another type of death is the expected death, announced, if we speak openly about it, of course. It allows for a step-by-step preparation for passing away. We allow the person who leaves us to say goodbye to God and to the other person, so that he or she can settle unfinished matters. We should try to assist the person who is passing away, so that we can express our feelings and emotions, show sympathy and resolve difficult and conflicting situations. Surviving with a dying person reduces our guilt. If the agony is prolonged, we will not be able to bear the suffering and be close to the dying person after a while. Decease, therefore, means accepting death as something inevitable. To say what was unspoken. It also involves forgiving and reconciliation and asking for someone’s forgiveness when they pass away. This results in a slow and less traumatic parting. We should not blame ourselves when death occurs in our absence. If the situation is difficult and we have to leave the dying person, we can part when we have completed the farewell act.

At the same time, we can see that death is not a problem for an departed person, because they do not see death as being meaningless, but it becomes a problem for those who are left. Many times we can see patients dying in hospital and how they are being treated. We hear that medical staff are afraid of them, have no time for them and are even avoided. In the presence of patient, they are told about their condition and their near-death. Patients leave very often in rooms where there are several other people, and this does not give them peace of mind and is a traumatic experience for the others. Pope John Paul II drew attention to the situation in hospitals when he talked about crowded and busy rooms and looking at death only in a biophysical aspect, without taking into consideration the spiritual and psychological spheres. This is where hospices come to help people who are dying. They have paid special attention to the fate of the dying person, providing complete care. They ease pain and create conditions for a dignified death. They focus on conveying a message to the patient about impending death, and do so with great sensitivity. Hospice breaks the taboo of death and brings it into the social dimension, educating people to participate fully in each other’s most difficult experiences.

The modern approach to death is to avoid talking about it, to deny its existence and to make it a taboo subject in conversations with children. 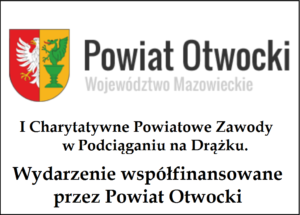 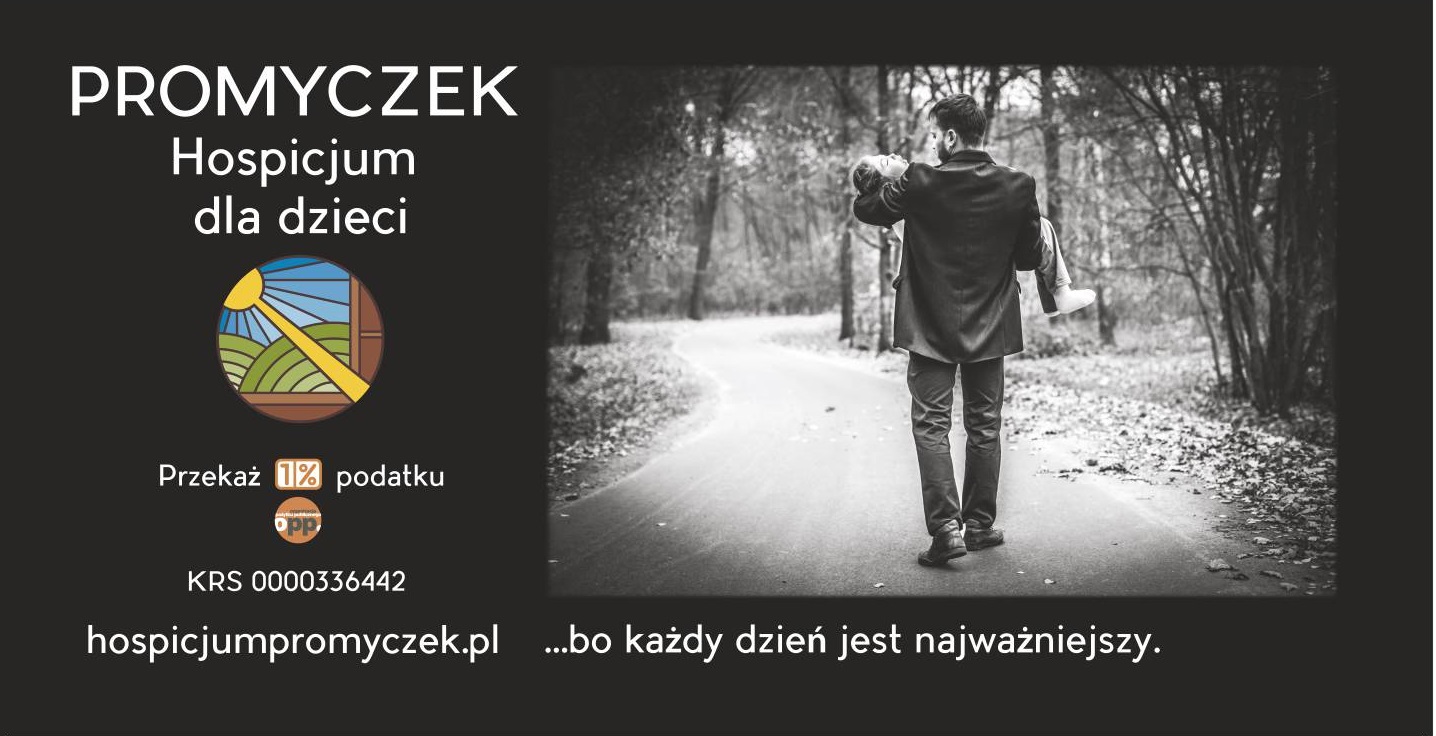 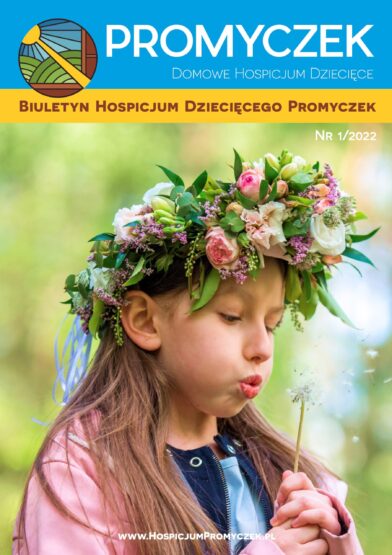 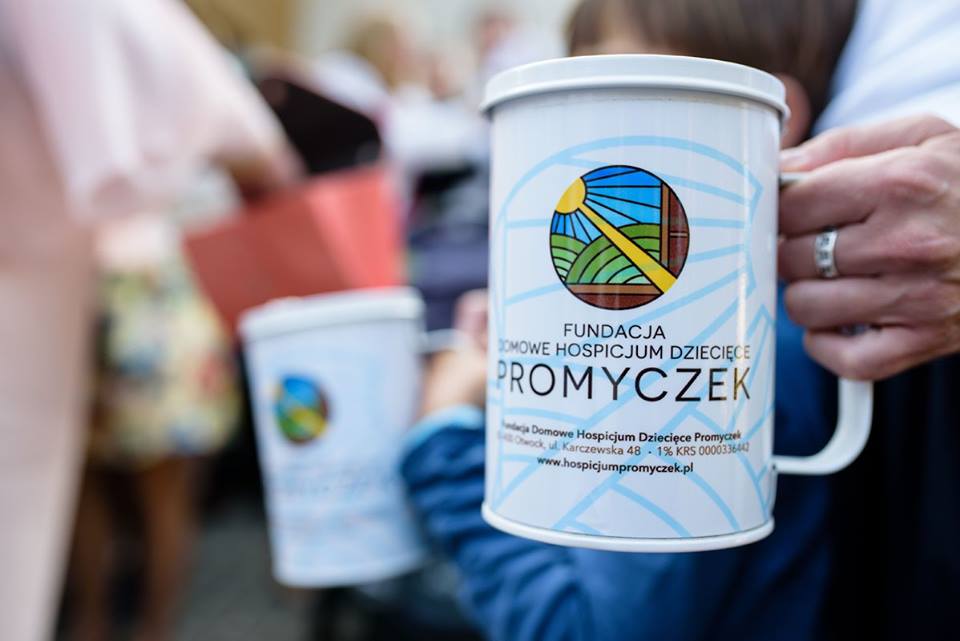